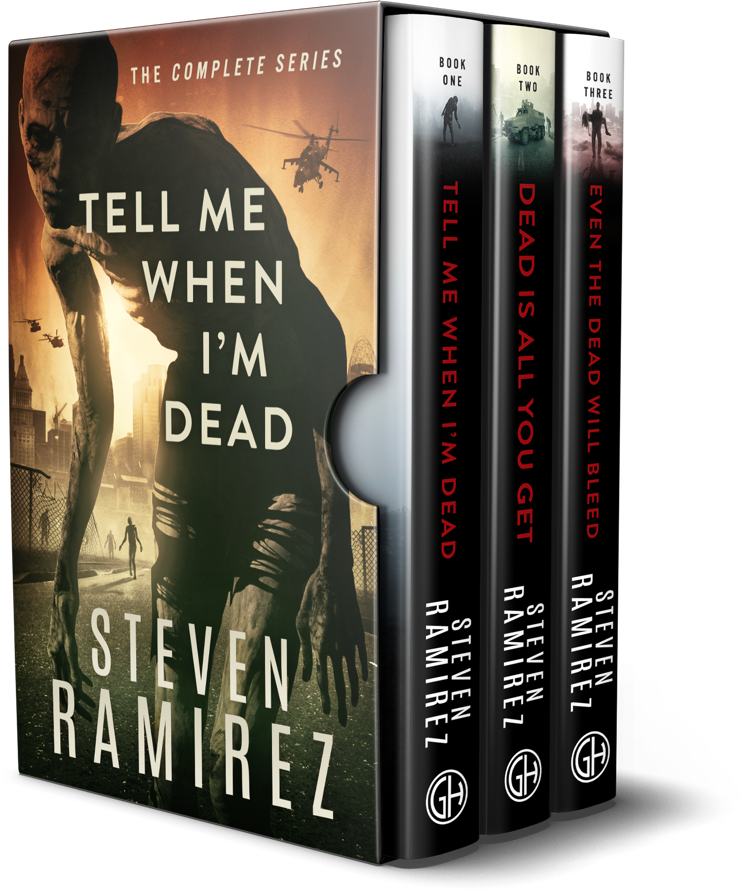 A plague decimates a small Northern California town, turning the victims into shrieking flesh-eaters who hunt. To survive, Dave Pulaski, his wife, and a small band of soldiers must kill to survive. When the virus mutates, the infected get smarter—and faster. Then, Dave uncovers the truth behind the epidemic, a revelation that will cost him everything.

Hell-bent on revenge, Dave heads south to Los Angeles to kill the man responsible for the zombie outbreak. But the mission goes sideways when Dave helps a female test subject escape a secret medical facility. Now a ruthless, ex-military sociopath is after them. Meanwhile, scientifically engineered mutants who flay their victims alive are running rampant across the city. Chances are good that Dave will die before he can save the Russian girl.