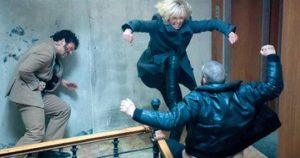 Several months ago, I entered a contest that offered as the first prize the opportunity for my latest novel to be taken on by a reputable publishing company. Of course, at the time, I was pretty excited. Who wouldn’t be? A chance to have your book published professionally with everything that entails—great editing, eye-popping cover, and a brilliant marketing campaign? So, now imagine reading an email that just hit your inbox saying you are a finalist! Wow, am I dreaming?

Before I go any further, this isn’t one of those stories that go from fairy tale to nightmare. Everything was on the up-and-up. Along with the email, I received a well-written critique and was given a short timeframe to produce a new version for consideration. Presumably, they would read the draft, and if they felt the changes were what they were looking for, I would continue on in the process. And after reading the critique, I have to say I really thought I had a shot. Anyway, soon, a winner will be chosen…but I can say with certainty it won’t be me. Why?

Because I dropped out.

The Dilemma
Look, there was nothing wrong with the critique. In fact, the editor made lots of good points about things I might want to address. But in reading the comments, I got the sense that somehow my book hadn’t fully resonated with them. They just weren’t on board with what I was doing. The things I had intentionally chosen to do—the tone, the protagonist, and all the rest—was somehow not right for them. To be fair to the publisher, my story doesn’t fall neatly into a single genre. It’s what they’re calling these days a genre-bender. Also, I’ve mixed first-person narration with third-person—not unheard of in today’s fiction. Finally, the way I have written the fourteen-year-old protagonist makes her seem impossibly wise for her age. But that was the point! She is, in fact, incredibly precocious.

So, I was left with two choices: Make the appropriate changes and hope I won. Or walk away. Obviously, I’ve chosen the latter path.

But, dude, this was your shot! you’re probably thinking. You could have had a publishing contract! What are you, nuts?

Well, I probably am. But hear me out. In looking at the terms of the contract, I realized that I don’t want someone else owning my book’s copyright. Yeah, I know. This is standard for publishing. But I’m new to the game, okay? And another thing. I imagined myself watching as another company took control of my book and basically did what they thought was best regarding promotion. Okay, so they are probably way better at marketing than I am, I will admit. But I would be losing the one thing I have come to love about being an indie author these past few years—control.

A Silver Lining
Even after what may yet prove to be a bone-headed move on my part, there is one bright spot. The combination of the critique and the fact that I was a finalist in a reputable contest, for me, add up to a huge validation of my work. I am immensely proud of what I wrote, and apparently, there are others out there who feel it has value.

Now, it’s back to my world. The novel is going through a final edit, and my cover designer is hard at work creating something magical—I hope! I plan to publish in the spring. Stay tuned.