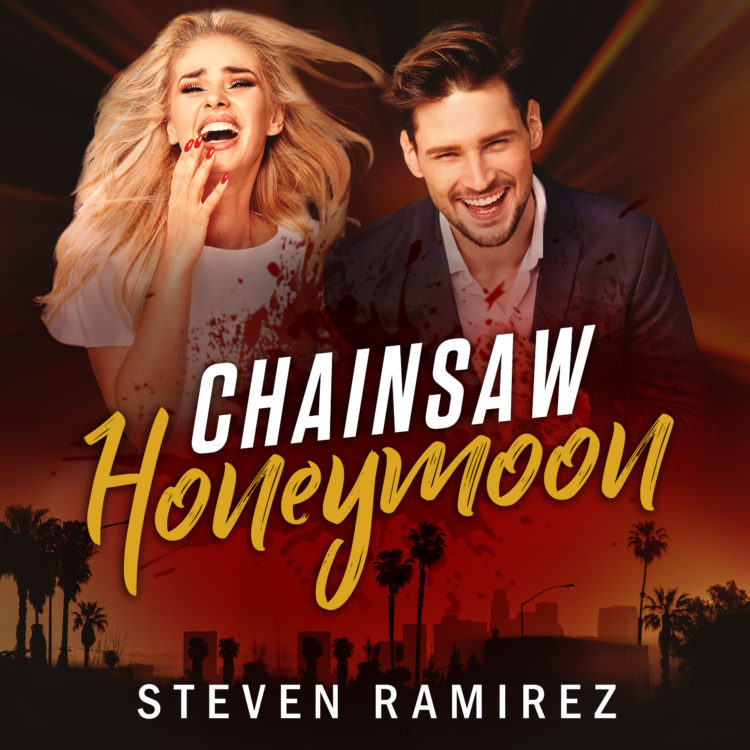 Here is an article I wrote for BookWorks about creating my first audiobook. I hope you enjoy it. And don’t forget to look for a special offer.

Last year, I decided to take the plunge and create an audiobook of my romantic comedy, Chainsaw Honeymoon. Like many of you reading this article, I was new to this market and quickly realized I had a lot to learn. In thinking about the novel, I felt there were two main challenges. First, the story is told mostly by a precocious thirteen-year-old named Ruby. From a narration perspective, this creates a problem because, as far as I know, there are not a lot of teenage narrators out there. Secondly, the tone of the book is satirical. That meant the narrator had to be very good at smart comedy. Fortunately, I found someone who fit the bill nicely—Valerie Mirarchi (www.valerievoiceover.com).

You’re probably wondering why I chose a romantic comedy, considering I’ve published a horror trilogy. Simple. It was because the idea of jumping into the production of a trilogy seemed daunting for two reasons. First, I had never done this before. Second, if I were to do it, I would have to ensure the same narrator was available for all three books since I wrote them in the first person. What I needed was a one-off novel, and Chainsaw Honeymoon seemed like a good choice.

Here are some things I learned along the way. If you’ve decided you want to create an audiobook, feel free to use these notes as research. There are many ways to get the job done, and you might very well discover a better way. Also, keep in mind that I chose to go with ACX and cannot speak to other audiobook marketplaces.

To read the rest of this article, please visit BookWorks.

So, my friend Jordan demanded that I turn over my blog for this post. In fact, she pointed to a picture of my dog and, with a sly grin, said, “You do the math, Sparky.” Fine. Anyway, she’s an outstanding writer with a sharp sense of humor. If you haven’t done it yet, check out book 1 in her Ryker Townsend series, The Last Victim. I just bought it, so look for my review soon. Over to you, Jordan. 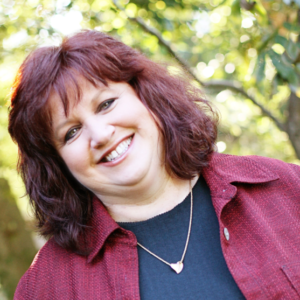 Horror makes me giddy. There, I said it. I’m not into overly descriptive gore, but the titillating anticipation of what is about to happen makes me tingle. I like the bizarro world of Dean Koontz when he tiptoes through scary notions and the paranormal. I watched the seductive Penny Dreadful on Showtime with equal parts abhorrence and glee, yet I’ve never seen the movie Jaws, by choice. I don’t want to have nightmares about turning into shark poop, but I put my readers in a front row seat to darkness in my crime fiction books, without shoving them off a cliff.

In The Last Victim, my FBI profiler’s secret is a gift and a curse. Ryker Townsend sees through the eyes of the dead. The last images imprinted on the retinas of the dearly departing become macabre puzzle pieces for him to decipher. These creepy flashes come to him as he sleeps. Hence, the tag line – When he sleeps, the hunt begins. Ryker is an open vessel for the dead, and they reach out to him, sometimes beyond his nightmares in broad daylight, until he’s unsure which side of reality he should be on.

Ryker’s Basic Framework
In crafting Ryker Townsend, I wanted to look beyond his gift of communicating with the dead to solve heinous crimes. I formed him from two characters I love—Benedict Cumberbatch’s Sherlock Holmes and Tom Mison’s Ichabod Crane from Sleepy Hollow. Ryker has an eidetic memory. His mind is like a computer that spits out facts without a filter. He’s socially awkward and highly intelligent, but not exactly macho.

As an author, I have firsthand knowledge of the perils of an unfiltered brain. Writers need to “hear” the voices in our heads, but it can get us in trouble at social occasions. This I know.

Ryker’s Added Layers
I wanted Ryker to have more layers to his personality and his past. I needed to heap on the right baggage to make his job more challenging. Being an odd child, he had a special bond with his mother who embraced his psychic gift. His father didn’t always understand it and Ryker’s sister Sarah became jealous of the extra attention from mom.

Ryker’s gift is at the center of all his strengths and his weaknesses to show how he lives with a trait most people would fear. When something happens to his dear mother, it creates a wedge between Ryker and his sister—and of course, it’s my duty as an author to torture him.

Ryker’s Journey
I couldn’t write about Ryker without delving into his personal life and heaping emotional heft into his Samsonite. It’s what makes him real. I force him to confront his personal demons while he’s up to his neck in bloody murder.

The Last Victim (Novel 1)
In book 1 of Ryker’s story, his life is laid bare. He’s in the middle of a hunt for a baffling serial killer who has eluded him. When a gory crime scene puts him in Seattle, home to his estranged sister (and her family that he’s never met), his life becomes an onion with layers to peel away.

He’s kept his psychic gift a secret from everyone and withdrawn into himself. His only outlet is his work, but he’s afraid of losing respect within the ranks of the FBI—and he risks his cases being overturned by the courts if it became clear how he investigates. He hasn’t told anyone about his nightmares, not even the trusted team who work for him.

After he realizes that the killer has targeted him personally, he must use his gift to hunt on his own terms—alone. Ryker learns what it’s like to become a victim and he’s forced to deal with his past, a theme that will become his journey through any story I write about him.

Following the novel that established him, I wrote novellas that allowed me to examine his life in different ways. A common theme for me is spirituality and how investigators deal with the violence they see. How does it change them?

Redemption for Avery (Novella 2)
In novella 2, Ryker deals with the aftermath of becoming a victim and nearly losing his life. He’s confided in a special woman, and the relationship carries more risk and complications. Because this story deals with a brother who lost his younger sister to a serial killer when he was only fifteen, Ryker and his notions of family are put through an emotional wringer.

In the Eyes of the Dead (Novella 3)
In novella 3, I wanted him to struggle with lingering PTSD from book 1 in a case involving Dia de Los Muertos (Day of the Dead) and superstition. He’s forced to confront his own beliefs on the afterlife. I had to examine the things that truly get my heart pumping—my own mortality—and the things I sometimes wonder when I can’t sleep after the death of someone I love.

The Darkness Within Him (Novella 4)
In story 4, Ryker must recreate a horrific moment in a young runaway’s life, the night his mother murdered his sister and tried to kill him. Imagine someone like Ryker—who had a close relationship with his mother—how would his feelings of failure with his own family affect him? He’s forced to confront the guilt he has for the way his mother died.

Fiona’s Salvation (Novella 5)
In story 5, the reader sees his compassion for the dead, no matter who they were in life. He feels a profound duty to them in a grander scheme as if he has a role to play in death. He protects Fiona as she deals with her haunting demons, something he knows about.

Ryker’s Journey Is My Challenge
Each character Ryker encounters becomes a mirror for him to see into his dark corners—and his journey becomes my own voyage of self-discovery. My characters explore where I sometimes don’t want to venture, but I push to discover things about me through them. They are my teachers. The old adage to “write what you know” never worked for me. I believe you should write what you fear and dig deep for the truth to breathe life into your pages.

Discussion
For Writers. How do you tackle adding layers to your characters to make them memorable?

For Readers. What novels have remained with you long after you closed the book? What made the story and the character(s) memorable? 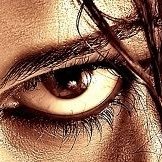