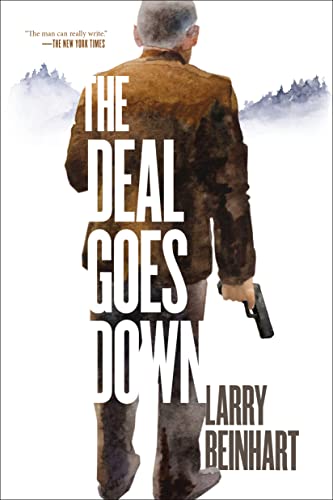 Years ago, I saw Wag the Dog, a wickedly funny movie starring Dustin Hoffman and Robert De Niro. Hilary Henkin and David Mamet wrote the screenplay, based on a novel by Larry Beinhart. I’d never read this author’s work until now. And boy, am I glad I did.

It’s not every day you read a crime thriller with a seventy-year-old protagonist. Often, people that age are portrayed as quirky, talkative, and harmless. But not Tony Casella. This guy is still dangerous. And he doesn’t say all that much. Though he’d like nothing better than to save his house and enjoy the Catskills vibe, the universe isn’t having it. There’s work to do, and Tony is the man.

I enjoyed the writing style immensely. It’s terse, mordant, and sometimes downright hilarious. We’re talking about contract killing here, but this story was fun. Oh, and just when you’ve had enough of the east coast, we’re off to Austria for a ski trip. I don’t ski, but reading the author’s descriptions, I could almost feel the powder on my skin.

If you’re looking for a different kind of novel with plenty of bad guys, I recommend picking up The Deal Goes Down. Then, rent Wag the Dog.

A legendary, Edgar-Award winning writer returns, and so does his legendary detective, with a gripping thriller about marital discord, contract killing, off-piste skiing and the deep state…

Ex-private eye Tony Casella lives in the Catskill mountains, a lonely old tough guy whose body can no longer do what it once did. His wife and son are dead; his daughter barely talks to him; his bank is in the process of foreclosing on his home.

But a chance encounter with a rich young woman on a train changes everything. He is hired to take care of her superrich, sexual predator husband. That job leads to others and he joins a small start-up whose mission is to save women from abusive marriages. Provided their spouses are in the top 0.01%. It’s a luxury service destined to make great profits.

Tony’s problems seem to be over, but are they? An old, angry associate is determined to get his cut of Tony’s earnings, murky government agents start to tail him, and when he is sent to the Austrian alps to kill a Russian oligarch and rescue his American wife, all hell breaks loose…

Packed with action The Deal Goes Down is an unforgettable portrait of a Lion in Winter who still has a few tricks up his sleeve, from a writer garlanded with awards and critical acclaim and whose novel American Hero was made into the classic film, Wag the Dog. 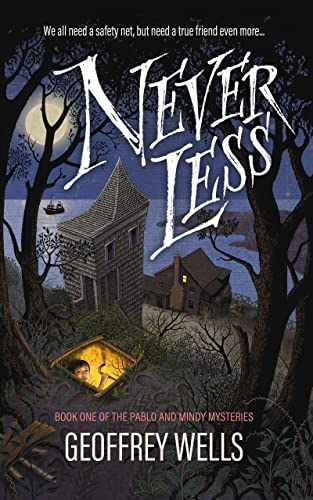 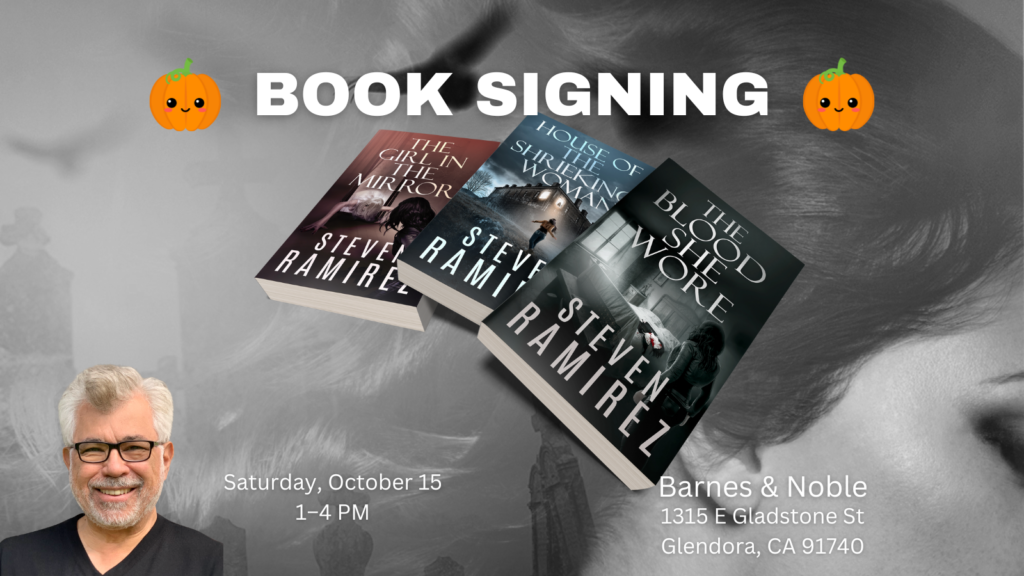 Greetings. Join me Saturday, October 15, at Barnes & Noble in Glendora from 1–4 PM. I’ll be signing copies of my supernatural thriller trilogy, Sarah Greene Mysteries. Check out what readers are saying about Book 1, The Girl in the Mirror.

“A totally believable story about ghosts and their visitations.” ⭐️⭐️⭐️⭐️⭐️

“I love a good paranormal story and this one kept me guessing all the way to the end.” ⭐️⭐️⭐️⭐️⭐️

“What a powerful, touching, and well-written story!” ⭐️⭐️⭐️⭐️⭐️

If you like ghosts and the women detectives who hunt them, this series is for you. I hope to see you there.

JUST IN TIME FOR HALLOWEEN 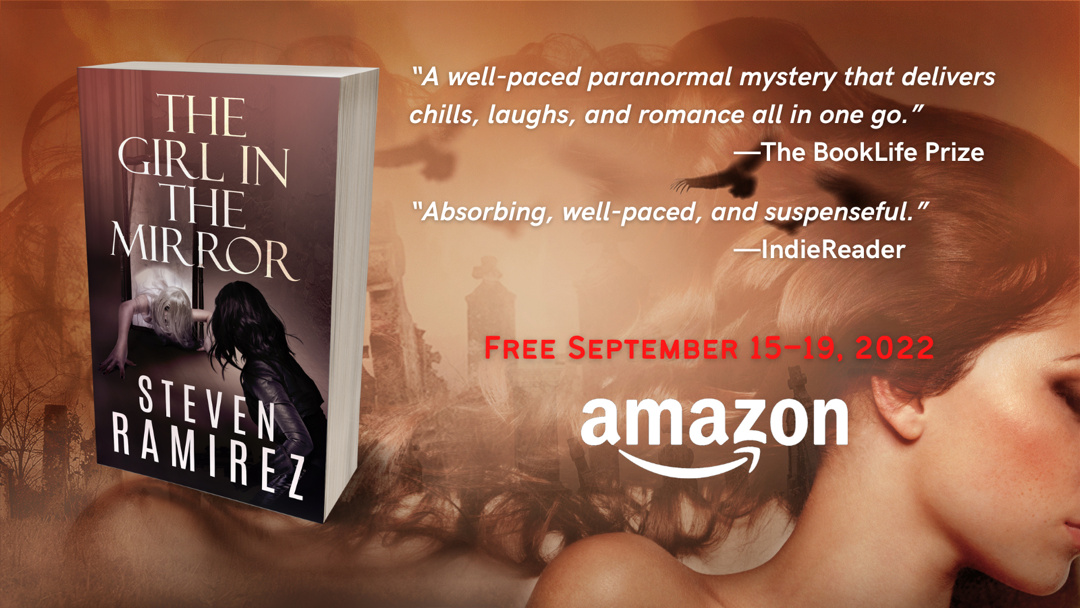 Sarah, a reluctant psychic, discovers a ghost in a mirror and opens a door to the demonic.

Sarah Greene is a successful realtor who sees ghosts–and sometimes wishes she didn’t. While renovating an old house with her ex-husband, she finds a mirror haunted by a teenager’s tortured spirit.

As she sets out to discover the victim’s identity, Sarah stumbles onto something chilling.

The people who built the house had a demon-worshipping son, Peter. And Sarah comes to believe he murdered the girl. But there’s more. An insidious evil is infesting the town of Dos Santos. Could this dark force be tied to Peter Moody?

For Sarah, digging into someone’s murderous past is bad enough. Awakening a demonic spirit could be deadly. 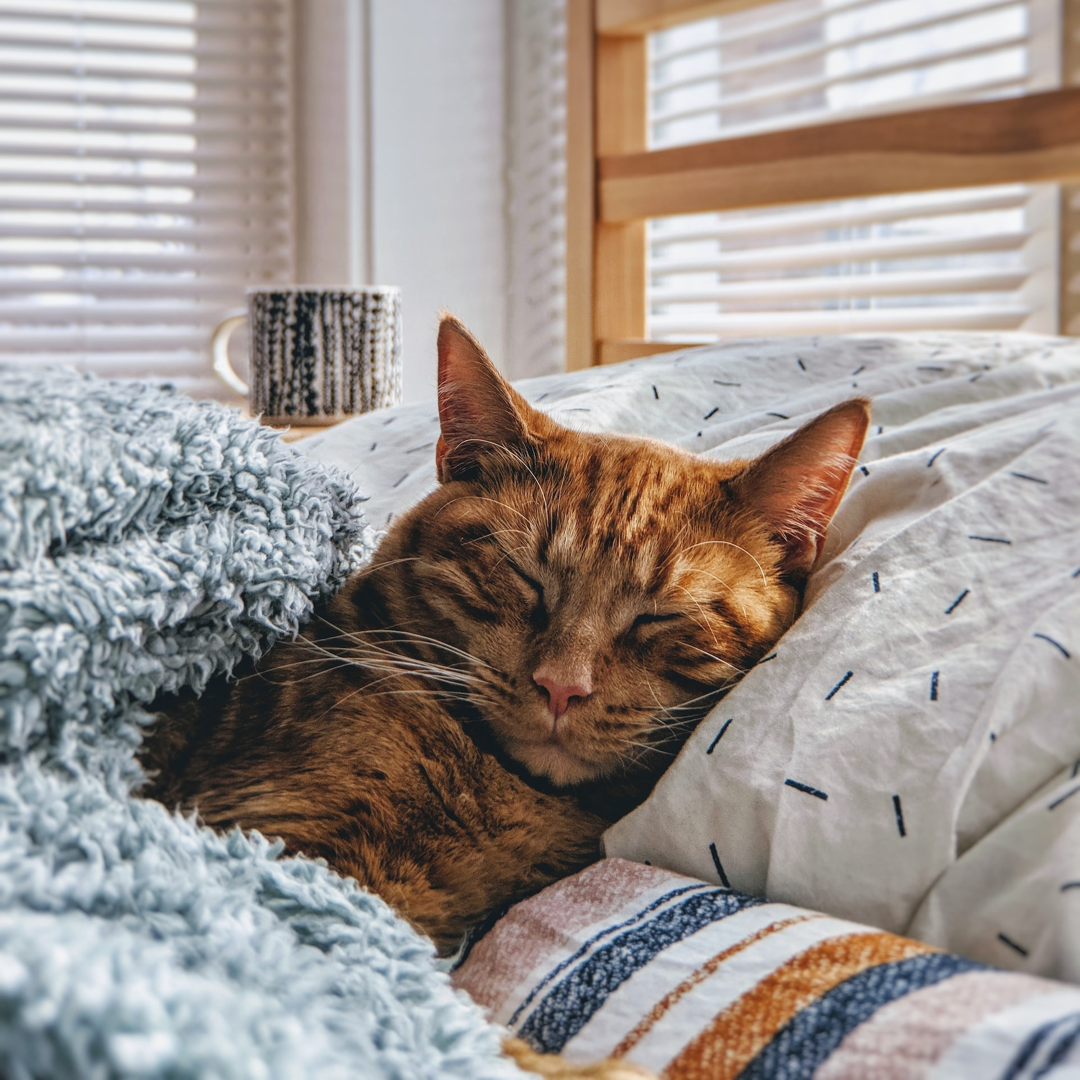 Greetings. This has been a tough year, writing-wise. As I mentioned in previous posts, I’m in the middle of updating my horror-thriller trilogy to coincide with next year’s 10th anniversary. It turned out to be more work than I thought, and I am just now finishing up Book 1. That’s not to say I’m not having fun. Which brings me to my point.

I need a break—not from writing but from book marketing. In addition to writing books, I handle all my own social media, advertising, and book signings. I used to kick myself, always believing I could be doing more. Recently, I joined TikTok, thinking I would post funny videos about writing. Well, that lasted a couple of months. I’m aware that other authors are getting a lot of value from the platform. For me, it was a massive time-sink. So, I gave it up.

And then it came to me. If university professors can take a sabbatical to tackle that book they’ve always wanted to write, why can’t I? Spending time focusing on writing is just what the doctor ordered, I feel. Though I still plan to post content, it might not be as frequent. I ask you to bear with me.

Okay, confession time. Last December, I turned seventy. It wasn’t the big deal I thought it would be, mostly because I was already heads-down planning my year. I’ve been writing steadily since high school and, other than my family, nothing is more important. If you’ve had the opportunity to read any of my books, you know that I throw everything I have into them. All I want is to create a powerful story for others to enjoy. Sounds corny, I know, but it’s true. I don’t have an agenda.

Well, as the English like to say, that’s me done. I’m going to play with my cat now, then get back to my trilogy. Peace and love.

And this is for those who enjoy science fiction and fantasy. SciFi and Fantasy MegaGiveAway 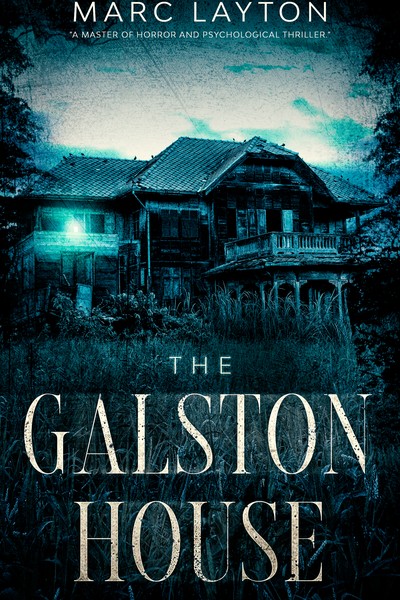 Clive and Adrien Done are eager to start their lives together when they purchase an old, dilapidated home for a steal. But as day turns to night, the couple faces unspeakable fear and a formidable sadistic ghost. The Galston House by Marc Layton. 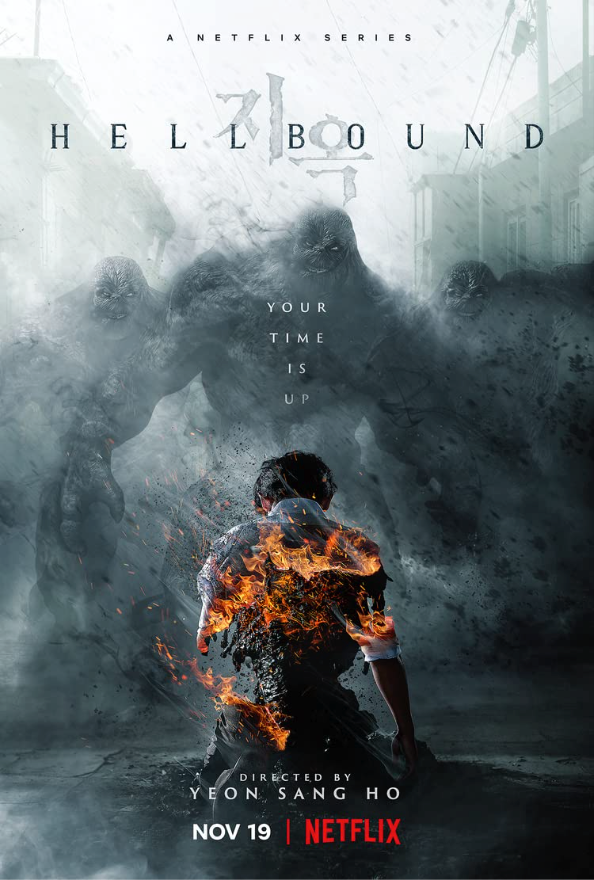 You know me—I love Korean movies and television. Hellbound is a new show on Netflix. If you enjoy crime thrillers with elements of fantasy, this one’s for you.

Logline. People hear predictions on when they will die. When that time comes, a death angel appears in front of them and kills them. 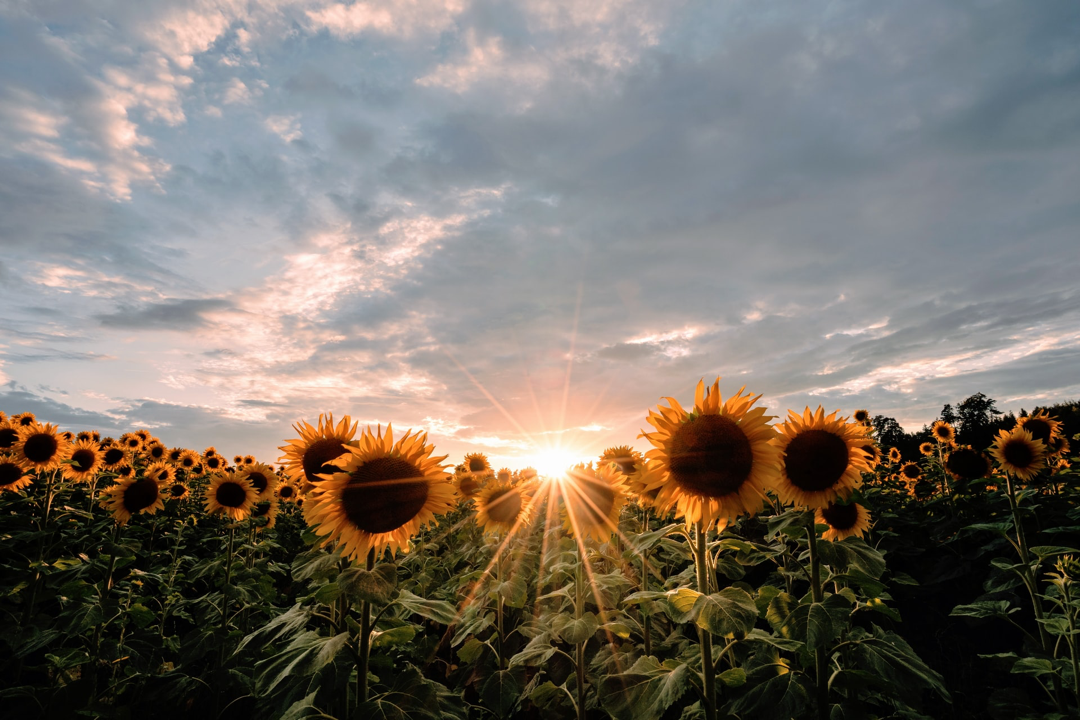 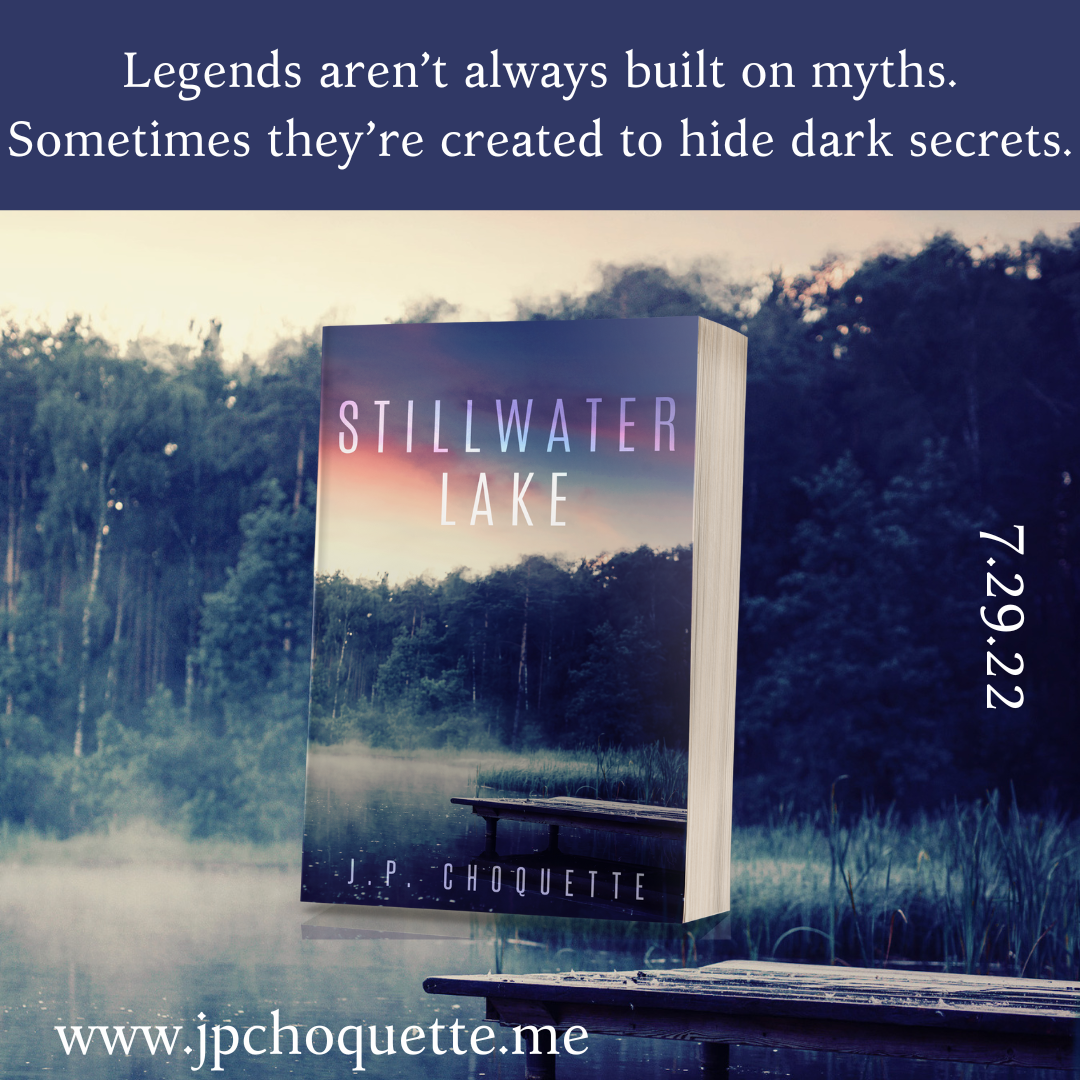 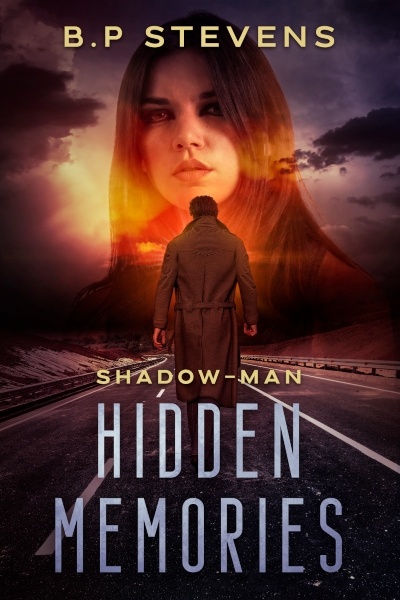 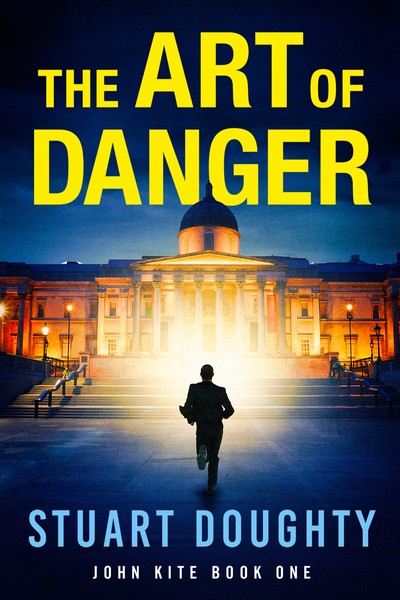 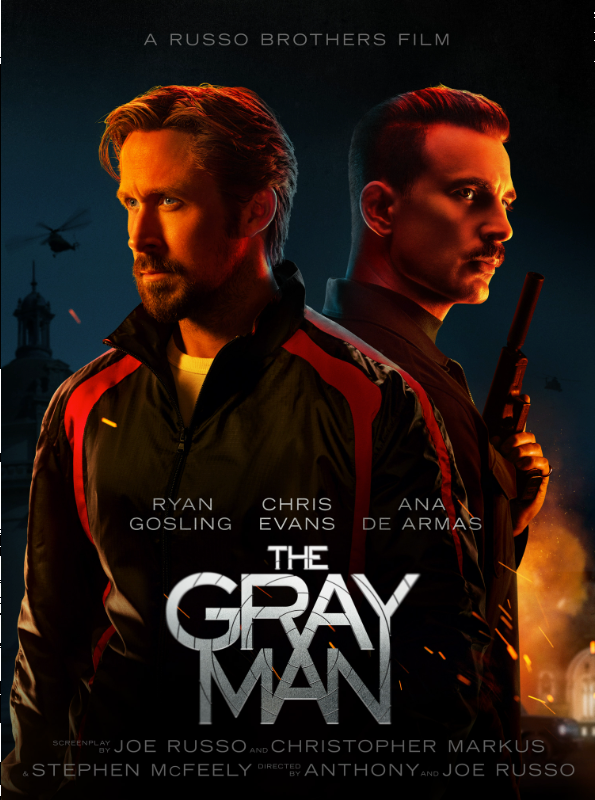