Today, I had the pleasure of being a guest over at The Kill Zone. These guys are first-rate authors. Take a look at my post and decide whether I measure up.

If, as Stephen King likes to say, the road to hell is paved with adverbs, then finishing a novel is paved with mouse traps; and here you are trying to get across that minefield in your bare feet. As writers, we tend to get distracted—a lot. Thanks, Netflix. And then, there’s life. How many of you have said, “If only I could focus exclusively on my writing, I’d finish this damn book, by cracky.” I know I have. Repeatedly over the years, much to the irritation of my long-suffering wife.

Then, a little thing called COVID-19 happened. We were told we had to shelter in place. Sure, there was still Netflix and Amazon Prime to distract us, but we couldn’t go anywhere. What’s a writer to do? Well, like the wily poker player whose bluff was called, I decided to shut up and write. And guess what, I finished the damn book.

Pantsers Are People, Too

I’m a pantser by trade. That means I don’t have a clue where I’m heading when I begin a new book. That’s not entirely true. I do know where I would like to end up, but I haven’t worked out the details. I have a main character in mind, of course. And I’m pretty clear on the conflict arising between the mc’s goal and the thing standing in the way. Other than that, I’m free as a bird when it comes to the plot. I suspect that some plotters look at pantsers as undisciplined children with uncombed hair and sticky fingers. My image of a plotter is a person who dresses impeccably and has an English accent. Borrowing from the wonderfully insane film Galaxy Quest, plotters are Alexander Dane, while pantsers are Jason Nesmith.

The book in question is the third in my supernatural suspense series, Sarah Greene Mysteries. My main character sees ghosts, which tends to get her into serious trouble. Over the course of the three novels, Sarah goes from discovering a mirror that holds the spirit of a dead girl to the entire town pretty much erupting into flames. Now, as a card-carrying pantser, I had no idea how I was going to go from a murder mystery to Armageddon. I had to trust that the characters would get me to my destination. Spoiler alert—going about crafting a novel this way requires you to rewrite. Often. That’s the downside. The upside is, there are lots of opportunities for discovery. And then, there is what I like to call the happy accident, which in my opinion, is a gift from heaven and makes for a better story.

You can read the rest of the post here. 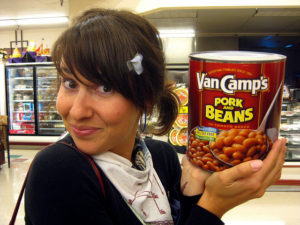 Talk about fortunate! My friend Jordan Dane,  who recently did a guest post on this blog, gave me a slot over at The Kill Zone, where only the coolest authors hang out. Happy reading…

I first heard Weezer’s “Pork and Beans” when my younger daughter was teaching herself the bass. She would blast it every day, following along on her instrument. Eventually, I found myself listening to the lyrics. I came to love that song and now have it on my phone. Yeah, I know. Talk about late to the party. Well, in my defense, I mostly listen to straight-ahead jazz, so. But enough about Weezer…

Trying Not to Be a Pompous Ass
As a writer, I can really identify with those lyrics. I won’t quote them here, but you can use this link if you want to refresh your memory. The point is, the books I choose to write are a product of my, shall we call it, pork-and-beans attitude. I really don’t give a crap about researching popular genres and writing the kinds of books I think people might like. I notice a lot of “experts” like to give that kind of advice to non-fiction authors. To me, that’s right up there with “write what you know.” Spare me. Now, on the surface, I might sound a little pompous. But stick with me for a sec. I am simply trying to stay true to myself. You know, like Lady Gaga.

I watched a lot of movies and television as a kid. My favorites were horror, sci-fi, and comedy. As I grew older, I came to appreciate thrillers. And in the last few years, I fell in love with Westerns. I guess I can thank Sergio Leone and Clint Eastwood for that. I also love foreign films—especially those from Japan and Korea. As you can see, my tastes tend to run the gamut. I do lean toward horror, though. In fact, my first four books revolve around zombies and demons.

To read the rest of this article, please visit The Kill Zone.