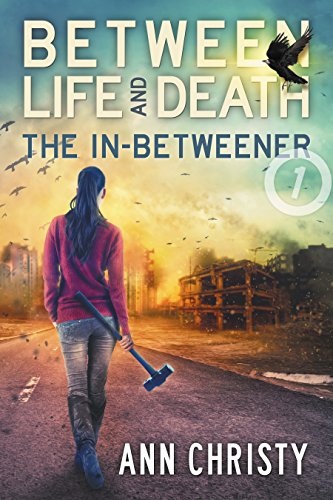 Post-apocalyptic books featuring zombies are plentiful. Many follow the typical path. Usually, a quick-spreading virus infects just about everyone on the planet, turning the victims into flesh-craving monsters. A small band of survivors who have yet to be infected must fight for their survival, possibly while searching for a cure. Sound familiar? Oh, and you can bet there’ll be a high body count and plenty of gory action.

Between Life and Death by Ann Christy is different. Instead of loud-mouthed machos with guns, we have Emily, an eighteen-year-old cancer survivor who is holed up in a commercial building, trying desperately to keep herself from going crazy. She’s already doing what her late mother taught her—going on daily patrols and taking out the “deaders” that congregate just outside the fence. Emily is alone, but not for long. Because someone has been watching her—someone who needs her help. And soon, they will make contact.

I liked this novel. Though not big on action, the characters are well drawn and evoke in the reader a deep connection. The story is straightforward and compelling. It is an elegy to loneliness in a wrecked world. If you enjoy stories of courage, I recommend you read Between Life and Death.

The World Is Dead. One Will Rise.Eighteen year old Emily has a system. She wakes, eats, brushes her teeth, then spends the morning bashing the monsters that gather at her fences. That’s labeled as cardio on her schedule. Vigorous cardio.

The problem isn’t staying alive anymore. It’s being alone. Two years of solitude while surrounded by death is too much. When she starts having deep conversations with the birds roosting on her roof, she realizes she’s in real trouble.

Going beyond her fences means almost certain death, but if she stays inside, insanity will eventually take her. When one of the monsters at her gate turns out to be the bearer of a message, Emily feels hope for the first time since the end came. There are others out there, but they’re in trouble and they won’t survive much longer without some help.

If Emily can brave a trip through the mad, dead world, she might have a shot at a real life. She just has to survive the trip, and that’s not going to be easy. 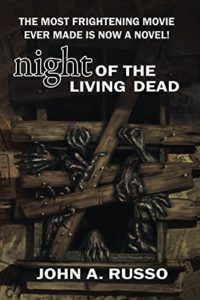