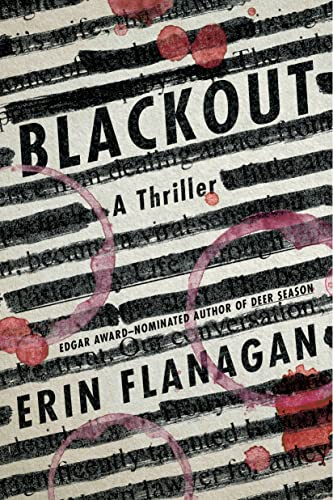 Sci-Fi thrillers that center on mind control or memory loss have a long and wonderful history—especially in the movies. I’m thinking of films like ‘Brainstorm’ and ‘Eternal Sunshine of the Spotless Mind.’ Usually, they have something sinister in common—science gone wrong. And not necessarily because of evil intent. It’s just that sometimes, well…

In Blackout, author Erin Flanagan introduces an interesting idea that seems to fit right in with how women constantly get gaslighted. In this case, Maris is an alcoholic and not unused to periodic gaps in her memory. In fact, her drinking gets so bad that she begins gaslighting herself, saying the memory loss is to be expected and is nothing to worry about. But if that were all there is to it, we wouldn’t have a story.

Something else is going on. Maris hasn’t had a drink for eight months, and still, she suffers occasional episodes where time passes, and she has no idea where her mind went. But, because she has a sharp intellect and a burning curiosity, she investigates. And she learns that she may not be the only person this is happening to.

I enjoyed this novel immensely. The characters are vivid, and the writing is scintillating. Moreover, in my opinion, this book is a movie-worthy thriller. I wouldn’t be surprised if someone hasn’t already optioned it. If you enjoy heart-pounding thrillers, this is the book for you. Reading it is like riding in a car with no brakes on a mountain road. At night.

Just wanted you to know about a promotion from my fellow indie authors. Check this out. 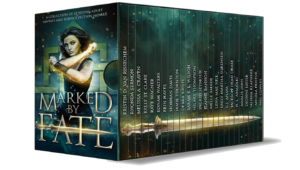 Marked By Fate. Defined By Their Choices.

This action-packed collection is filled with teen warriors who encounter shadows, queens, witches, wizards, werewolves, and shifters. Sometimes these young adults partner with immortals, angels, vampires, demons, and gods. And with occasionally genetically engineered soldiers, cyborgs, and robots as they discover magical hidden fantasy worlds, encounter mind-blowing dystopian lands, space stations, and galaxies they could never have dreamed existed. Marked by Fate to complete these deadly and dangerous quests filled with nonstop action and adventure!