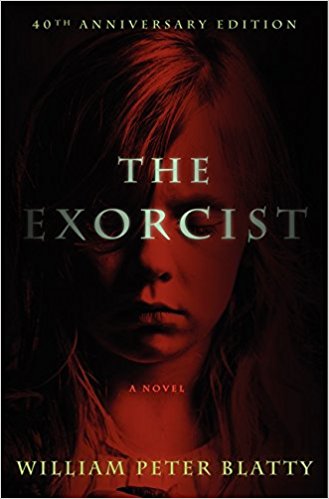 So much has been written about this book and subsequent movie. As the description says, The Exorcist is a part of our culture, not to mention it’s spawned hundreds—maybe even thousands—of imitations. I first read the novel while in school, then went to see the terrifying William Friedkin movie by myself. Like so many others at the time, I had nightmares for a week. Imagine having grown up with stories featuring vampires, zombies, and mutants. Then, this powerhouse of a tale comes along about a non-religious young girl who unwittingly invites a demon into her house courtesy of a Ouija board. Now, today that may seem tame, given that we’ve become inured to evil courtesy of television series like Supernatural. But back in the day, this was Grade-A horror, my friend.

What I loved most about the book when I first read it—and what I cherish now—is how real the characters seem. The author, William Peter Blatty, was a graduate of Georgetown University and knew well the world of Jesuit priests. For my money, he did a marvelous job of delving into their humor, their disappointments, and their loneliness. And when he takes a tortured soul like Damien Karras, a priest who is also a brilliant psychologist, and puts him in a room with Satan, well… Let’s just say things get really interesting.

One more thing. In rereading the novel and recalling Lee J. Cobb’s excellent screen portrayal of Kinderman, I was happily reminded that the author had quite a sense of humor. To me, his dogged cop is Columbo if he’d been Jewish. Seeing this weary flat-foot spar with the dour priest is nothing short of magical.

Book Description
The Exorcist changed popular culture forever. Now, William Peter Blatty’s groundbreaking story of faith and supernatural suspense—the runaway #1 bestseller that started it all—is reincarnated in this spectacular newly polished and rewritten 40th Anniversary Edition of the novel that burst through society’s seven seals and paved the way for the entire genre that followed it: the unforgettable The Exorcist. 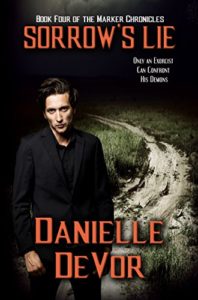 Well, it seems Jimmy is hitting his stride at last. He’s gotten himself together enough to actually be in a place where he can contemplate married life with his sweetheart, Tabby. The ghosts in his charge are more or less intact (wait, can ghosts be intact?). And he might actually be just a little…happy.

But of course, with Danielle DeVor, you know this rainbow is doomed to turn gray—even black. There’s always some new evil lurking just around the corner that demands Jimmy’s attention. And this time, it’s baaaaaad. So much for honeymooning in the Poconos.

I am a huge fan of this series, and so far, this is my favorite. The characters are well developed and familiar, and the terror is worse than ever. If you like dark fiction with this author’s trademark humor, then I suggest you pick up Sorrow’s Lie. Just make sure the doors and windows are locked and warded.

Book Description
Only an Exorcist Can Confront His Demons

Jimmy Holiday, exorcist extraordinaire, is about to embark on his most unusual case yet—a baby that may be possessed by the demonic…or worse, a true demon spawn. The Order wants him to make sure it is a true case and not some hoax…or so they say.

Once Jimmy arrives, the situation changes into a living nightmare. The Order is not what he thought at all. And now, they demand he commit an unspeakable act. But Jimmy has enough scars of his own.

When the full truth of the corruption within the Order comes to light, Jimmy must act. With a voudou woman who lives down the lane as an ally, Jimmy must fight for the life of this supernatural child, but at what cost? 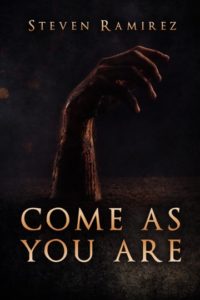 For lovers of horror, mystery, and suspense, this is your chance to preorder a copy of my new collection, Come As You Are, on Amazon. The eBook and print versions will be published on September 7th. Here are the details:

Some things are better left alone.

Ivan Stein isn’t sure he can survive seventh grade, let alone middle school. Living in a town known for its poverty and violence, he is regularly bullied along with his best friend, Ollie. But fortunes can change. One day, Ivan finds an old notebook in an abandoned locker at school. Despite a stark warning, he takes the book and unleashes powerful magic he can use to punish his enemies. But demonic forces control the book’s pages—a terrifying evil that will inflict suffering on the good as well as the bad and take his soul as payment.

Come As You Are is supernatural horror reimagined as Young Adult fiction. But don’t be fooled. Its violence will disturb you and its depiction of people living in a gloomy, desolate town without hope will make you cry. Pray that Ivan and his family can survive this dark, perilous journey.

Also in this collection: 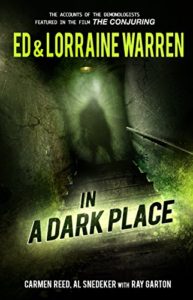 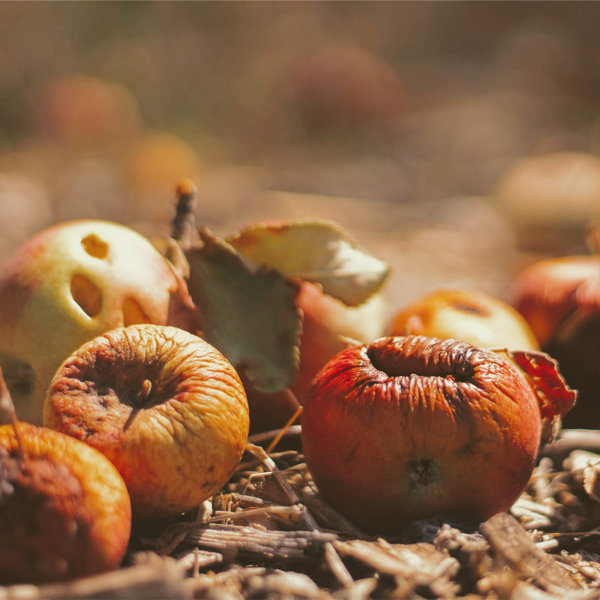 Everything has an expiration date—and this one has definitely come and gone. Feel free to explore this site for more great content.

I read the first two books in this series, and this one is my favorite. Mainly, I love the way the author has developed the relationship between Jimmy Holiday and his old-now-new girlfriend, Tabby who, as it happens is also his exorcism buddy. Yeah, you read that right. A former Catholic priest has teamed up with a witch to save the world from bad things. Quite a unique concept, if you ask me.

The central conflict in the series is within Jimmy himself. He has learned to his never-ending bewilderment that he is a “marker,” which means he possesses the power to save souls from eternal damnation by marking them. And if that isn’t bad enough, he’s learned there exists an Order of Markers. And these boys don’t really have much of a sense of humor. Though he continues to do the right thing by confronting demons as they possess people, he’s not too happy about it and, sometimes, wishes he could simply hide and eat chocolate. What, no rotgut whiskey?

Sorrow’s Turn is a very entertaining read. If you like paranormal stories with some pretty crazy twists, I suggest you start with the first book. I wouldn’t call Jimmy’s life a roller coaster exactly. It’s more like the funhouse in an abandoned amusement park. You really don’t want to continue forward, but you’re too scared to go back the way you came.

Some Things are Worse Than Demons.

Jimmy Holiday, reluctant exorcist, is finally getting the help he needs from the higher-ups. The Order of Markers is sending him to the Vatican’s exorcism school. Now, he’ll receive the training he should have gotten at the beginning. One problem, someone wants to sabotage him.

When his time at the school is cut short, Jimmy receives an interesting new case. It is the assignment that no one wants—a corpse has come back to life. And it isn’t a zombie.

Too bad nothing goes as expected. Armed with his usual bag of tricks, Jimmy thinks everything will eventually be all right. Well, that is until his betrayer turns out to be the person he trusts most.